See the Calendar for these upcoming performances and events. See the notes for details.

Group Violins performing at Market Street and the Tour of Schools will play the following songs: 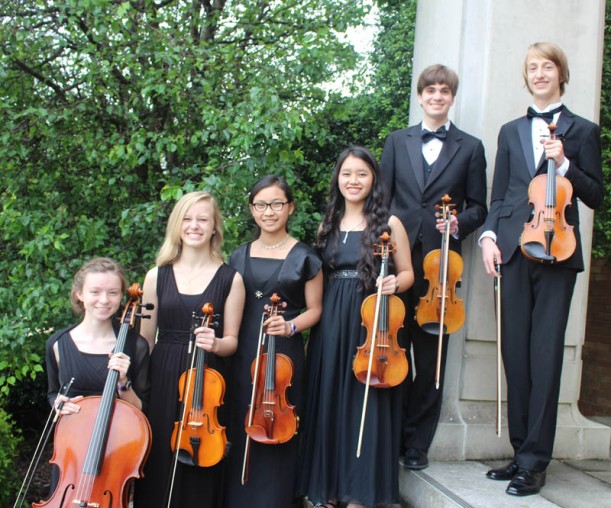 Six Columbus/Starkville string students were chosen to participate in the prestigious Belhaven University All-State Orchestra on Saturday, April 16, 2016. The 41 members of this orchestra were chosen by audition from across the state of Mississippi. The students chosen to participate were (from left) Charity James, Hope Bassett, Gracie Swartzendruber, Abbey Swartzendruber, Daniel Jones and Aidan Dunkelberg. All of these students have studied violin under the instruction of Diane Ford of Columbus and participated in the Columbus Suzuki Strings Orchestra and Ensemble. Charity is now studying cello under Griffin Brown of Kila, Montana, and Daniel is studying violin under Dr. Christopher Thompson of Tupelo. The All-State Orchestra was conducted by Maestro Ivan Del Prado. The concert included Elegy by Tchaikovsky, Concerto for Cello and String Orchestra in C Minor by Johann Christian Bach arranged by Henri Casadesus, Sinfonia No. 2 in D Major  by Felix Mendelssohn, and Two Tangos by Astor Piazzolla arranged by J. Orozco.

Some of our advanced ensemble students were able to play at the annual Pilgrimage Ball in Columbus MS again this year. 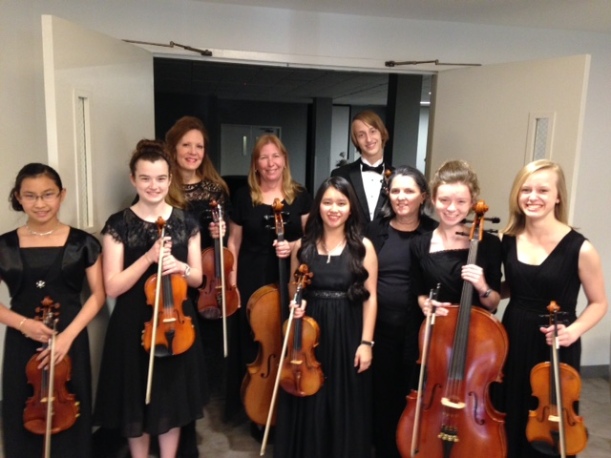